I normally dedicate Mondays to talking about the craft, but it’s my blog and here I reign supreme. Mwah ha ha ha! Oh, no pouting, we’ll talk about craft plenty more later on. I think you feel encouraged by what I have to say.


Friday’s blog got a lot of great discussion going about publishing and the sweeping changes we are seeing to the industry. Over the weekend, I watched the movie “The Social Network,” which gave me the courage to share with you my solutions for the problems publishing is facing. People are reading more now than they ever have in the history of humanity, which means there are more readers than ever before. Yay!

So, today I want to give my vision of how those in the publishing world could solve some major problems. Writers, agents, editors could work together for the bigger win. Let’s call it, The WANA Plan, because in my world, we all work as a team. We are not alone. 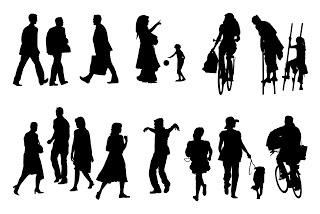 Yes, call me Pollyanna. You guys wouldn’t be the first.


Any proposed solutions must accept reality. The future is now. Everything is going digital. We cling to the horse and buggy, and we’ll get run over by the automobile. We need to move with change, adapt and reinvent. Those willing to work their butts off and innovate will behold a world of wonders never before imagined.


Think I am overselling? Who would have thought ten years ago that a person could have friends they talked to daily on every continent…for free? Facebook did it. So let’s embrace some of the entrepreneurial mojo and get excited.


Virtually every creative industry has gone digital. I have argued this for years. In music, the record labels were decimated by NAPSTER. Record stores are a quaint relic, and CDs are losing the battle to digital downloads. Photography has also gone digital. Kodak had to reinvent or die. Now movies are going digital. We sit in the comfort of our home and watch a movie from Netflix, or we download one from iVideo or Vudu.


Three years ago, I argued that this was the future of publishing, that eBooks would start to dominate the market in the next five years. I caught a lot of criticism. People loved paper too much. It was too expensive, too technical, etc. They told me, A decade at least!


I countered that technology had hit a critical mass and now innovation was taking off exponentially. Software developments that once took years now were happening in weeks and months. Technology was also getting far more affordable. It was going to happen faster than anyone could imagine. Books, I challenged, were next to experience this mass transformation, and faster than the mediums before.


Then the iPad launched and redeemed me. Nooks and Kindles only reinforced this idea that eBooks would be a force to be reckoned with.


Publishing will be wise to take lessons from other industries and reinvent. Be architects, not artifacts. Either we will define change or it will define us. And we don’t have the luxury of time, either. Change is no longer linear…it’s exponential.

Four years ago, I proposed that it was possible to market fiction. I posited that social media had the power to generate word of mouth and build a following for an author by building a network that could expand exponentially based on relationship. Most agents didn’t believe me. I even had big authors tell me that social media was just a time suck and that it was just better to spend that time working on the novel. Twitter was a waste of time.
You guys have no idea how hard it was to get anyone to take me seriously. I thought, for a brief time, that We Are Not Alone—The Writer’s Guide to Social Media would never see print unless I self-published.
Agents said they couldn’t sell it. In a way, I can see why. First, I was new and unproven. I will grant that. Also, my book was just a bad fit for a publisher that couldn’t get a book out right away.
My book highlighted a HUGE problem that the big publishers are working to remedy, but they aren’t there yet. As things stand, the big publishers are too slow. A social media book would be irrelevant by the time they could get it on the shelves. Also, if the technology suddenly changed, any unsold books would be as good as trash. I was writing about a hot topic, but traditional publishing was not tooled to accommodate.

5 thoughts on “Working Together to Renovate Publishing–The WANA Plan…”