Dr. Zane Grayson lives in 2632 but his obsession with time surfing makes him realise his future exists in 1998.
Time Travel fiction with Nora Weston 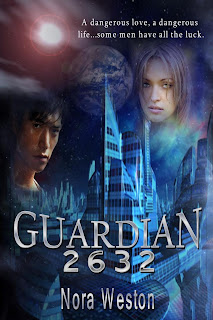 Dr. Zane Grayson, the most accomplished executive director Guardian TMF has ever seen, is breaking the law…his law against time surfing. Zane has the supreme power, in 2632, to decide which paradoxes in time need altered, or deleted, but he’s frustrated. Something, or someone, is missing from his life.
Time surfing in illegal time zones is the rush Zane can’t live without. As addictive as the Martian dust called kilred, time surfing becomes Zane’s obsession. And knowing full well if caught by the Elite Guardians, he’ll suffer an unwelcome death by Time Mercs, Zane still dives deep into trouble. Soon, he discovers a mission in 2035 left him trapped in a timehole. This timehole places him in Pittsburgh, PA in 1998, instead of home. In Pittsburgh, Zane strolls into a coffee shop to see the bewitching Julia Emerson. From that point on, his life spirals out of control as he fights to protect what he loves most.
It’s possible Zane’s future is no longer in 2632…but actually in 1998. Guardian 2632 reveals what a man will sacrifice to save a life. This is the amazing story of Dr. Zane Grayson.
Guardian 2632 is for adults. It’s comparable to a movie rating of “R,” due to violence, language, and adult situations. 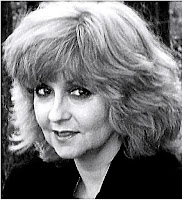 Nora Weston’s fiction and poetry slips in-between and all around science fiction, fantasy, and horror. Her publishing credits include the anthologies Mind Mutations, Cyber Pulp’s Halloween 3.0, and Dark Pleasures.
Other venues in print and online include; The Hacker’s Source, The Dream People, Hoboeye, Abandoned Towers, Lost in the Dark, Sputnik 57, Soul Engravings, Decompositions, The Harrow, Shadowkeep, Poe Little Thing, Word Slaw, The Kudzu Monthly, Escaping Elsewhere Magazine, Seeker Magazine, The Murder Hole, Insolent Rudder, The Burning Word, Dark Walls, Static Movement Online, Dream Forge, and Dark Moon Rising.
She took first place in Lotus Blooms Journal’s January 2004 poetry contest. In July/2010, three poems were published by Dark Gothic Resurrected Magazine, and in October/2010, Worlds Within–Worlds Beyond published her work.
In 2010, she was also published by Trapeze Magazine and Four and Twenty. Nora’s latest novel, Guardian 2632, has just been released by Melange Books, and they have accepted The Twelfth Paladin for publication in May 2011.
Nora has also had the pleasure of reaching people through the airwaves on radio stations throughout the US. She’s been a guest on WBIG/ 1280 am/ People to People with Paul Morgan, and KFIZ/1450 am/Backstage Live with Joe Scheibinger. Radio interviews took place with WDLB/1450 am/Insight with Ryan Lindsey, WFAD/1490 am/ Jerry Germaine & Jae Show, KBAR/1230 am/ In The Dark with Bill Shields, WJON/1240 am/The Midday Show with Kelli Gorr, Trip N Tyme In The Morning /Ellusions Radio Network, LLC and with Jack Landman of Cybercity Radio.

3 thoughts on “Nora Weston brings Guardian 2632: Imagine knowing your life belongs in the past…”