Looking for gift ideas for the older child? check out this #YA book library! Plenty of ideas there! END_OF_DOCUMENT_TOKEN_TO_BE_REPLACED

An Amazon Breakthrough Novel Award Semi-Finalist K My Name Is Kendra by Kamichi Jackson Fifteen-year-old Kendra James’ life begins to spiral out of control with the return of her long-lost runaway sister Meisha, and the visit of a young celebrity … END_OF_DOCUMENT_TOKEN_TO_BE_REPLACED

When a Unicorn Crosses the Rubicon Meet Angie and Taylor.  They seem to have everything going in the right direction for themselves as young adults. The next steps in life are on the horizon and ready to be seized—until life changes … END_OF_DOCUMENT_TOKEN_TO_BE_REPLACED

I unfold
the note, but I can’t read it. All I can see are the last few words and they’re
final. They’re a goodbye. It doesn’t make sense. He was okay. He was fine. We
were going to the movies tonight. We are supposed to go to the movies. It seems
so stupid, but I want to scream at him. I want to wake him up and ask him why
he sat with me at breakfast and made it sound like there would be anything
tonight. He knew he was going to do this. There’s no way he just stumbled upon
those pills and decided not to go to class; he planned this. That means he knew
– and he chose not to tell me. He chose to sit with me, to kiss me and smile,
to make promises. He lied right to my face when all along he was going to leave
me.
I think
about the funeral we just had, about the dirt and the grave and the flowers and
all the choices of fabric linings and I just scream and cry. I hit him, trying
to make him wake up, but he doesn’t. Nothing happens, except his breathing gets
even slower. He is dying right here next to me and I cannot do a goddamn thing
about it. I can’t make it not happen and, when he takes his final breath, I
will have to watch it and hear it and be alone with only his body.
“Why?” I
ask him. “Why didn’t you at least take me with you?”
There’s
no response, because he’s almost gone. I shove the note in my pocket and I
wait. I don’t even know what I’m waiting for, but I wait. I wait for someone to
save him, for Jack to wake up, for me to wake up because this
has to be a nightmare. We’re getting married. He can’t die, because he’s going
to marry me. I sit on my boyfriend’s bed with his dying body and I wait for
something to happen that will make this not be real. I want to do anything to
stop it, but I just sit there, because I can’t do anything and it paralyzes me.
I’m a
mess when the paramedics come. There’s a small crowd forming in the hallway,
but they’re like ghost people, phantasms floating as he’s placed on a stretcher
and rolled out of the building. They aren’t taking vital signs yet and I want
to remind them to do that. I grab a bottle of water from his fridge, in case
he’s thirsty. One of the paramedics looks at me funny, but he says nothing. I
want to ask them if he needs his coat, because it’s cold out, but instead, I
let them hold me and push me outside, since my legs have frozen beneath me.
They
want to ask me questions about what happened, but I need to be with Jack.
“Please let me go with him. I need to hold him,” I beg, and a few of them talk
quietly so I can’t hear what they’re saying. They start saying things about
rules and laws and next of kin, but I ignore them and push my way to the back
of the ambulance. “He needs me,” I insist, as if I can fix him when I’ve been
here all along while he was dying. Not just today, but for a month or a year
now. For all this time, Jack has been slowly dying and I didn’t do a
thing.

Flowering is the story of Jack and Lily.
They’re college kids with their own issues, who manage to find each other. What
starts as physical attraction and sexual awakening becomes so much more. Jack
is troubled, with a past that makes it hard for him to see the future. Lily
comes from a perfect world where she’s expected to play the role she was given.
When they’re together, though, Jack becomes someone even he cares for, and Lily
becomes whole.
This series is about growing up, about
“flowering” into the person you become. It’s also about love and how it starts
with one chance encounter and turns into a lifetime. Jack and Lily don’t have
it easy, but they have each other. They’re not billionaires or rock stars or
undercover agents; they’re just college kids looking to be a little less alone
in the world.
Now complete in one volume. Includes the
short stories, “Her Brother’s Best Friend” and “Morning
Glory;” the novels, Forget Me Not, Lily of the Valley, Blue Rose, and
Orange Blossom; and the novellas, Star of Bethlehem and Ambrosia.
PURCHASE THE BOOKS
Amazon – Kindle
Amazon – Paperback
BandN
Nook
Kobo
Smashwords

Sarah Daltry writes about the regular people who populate our lives. She’s
written works in various genres – romance, erotica, fantasy, horror. Genre
isn’t as important as telling a story about people and how their lives unfold.
Sarah tends to focus on YA/NA characters but she’s been known to shake it up.
Most of her stories are about relationships – romantic, familial, friendly –
because love and empathy are the foundation of life. It doesn’t matter if the
story is set in contemporary NY, historical Britain, or a fantasy world in the
future – human beings are most interesting in the ways they interact with
others. This is the principle behind all of Sarah’s stories.

Sarah has spent most of her life in school, from her BA and MA in English and
writing to teaching both at the high school and college level. She also loves
studying art history and really anything because learning is fun.

When Sarah isn’t writing, she tends to waste a lot of time checking Facebook
for pictures of cats, shooting virtual zombies, and simply staring out the
window.

What do you get when you mix Mistletoe, Mobsters & Mozzarella? Answer: another amazing book from @peggy_jaeger! #romcom #murder #mystery #novels #christmas #fiction 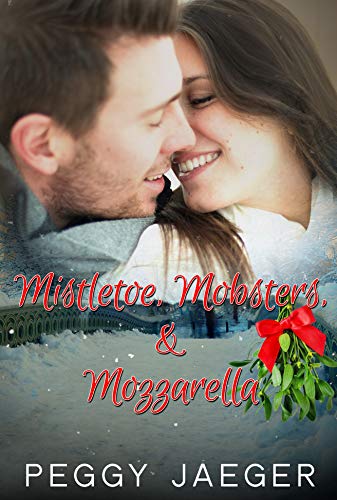 What do you get when you mix Mistletoe, Mobsters & Mozzarella? Answer: another amazing book from @peggy_jaeger! #romcom #murder #mystery #novels #christmas #fiction

Looking for gift ideas for a young reader? Check out this library dedicated to kids! #childrensbooks #kids #youngreaders #book #giftideas

Looking for gift ideas for the older child? check out this #YA book library! Plenty of ideas there! 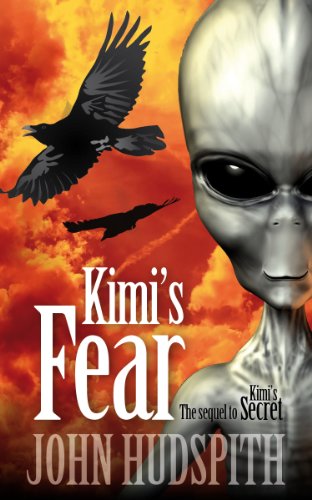 Looking for gift ideas for the older child? check out this #YA book library! Plenty of ideas there!